Löhne Generally speaking, herbal raw materials were historically gathered by local herbalists, who either prescribed them directly to patients or delivered them to practitioners. Often the price of an herbal consult and herbal formula was eggs, milk, a chicken, or the consult and treatment were free due to the practitioner being provided for by the larger community, similar to socialized systems of medicine. While, such practices seem out of place or inapplicable in developed nations, such practices still exist in many undeveloped and developing nations (e.g., rural China, Vietnam) and play a significant role in the affordability factor of traditional herbal medicine. This is no better expressed than in the teachings of China’s Sun Simiao. Sun left a legacy of some of the most important and poignant lessons of traditional Chinese medicine as well as medical ethics. In his Bei Ji Qian Jin Yao Fang (Essential Prescriptions for Every Emergency Worth a Thousand in Gold) Sun wrote: “physicians should respond to whoever asks for help, not distinguishing between poor and rich, young and old, ugly and elegant, friend or foe, foreigner or native, wise or fool, but should treat them equally as though they were your own relatives, without discrimination” (Li 1983). A similar philosophy was espoused in the ancient Ayurvedic literature in which payment for services was to be primarily provided by the wealthy and included formal lists of those who should receive free services (Wujastyk 2012). This teaches that providing health care to those in need is considered in these traditions to be more of a responsibility than a business. This is yet another stark contrast to, most notably, the US health care system, which can be characterized as being more of a business than a responsibility. In a similar fashion, traditional herbal medicines historically were relatively affordable, or in some cases, free for the picking, in traditional communities with intact herb-rich environments.

At the same time that medicines were on the path of chemical development, medical professions in the US, and somewhat worldwide, were on a similar trajectory. The path taken would eventually lead to restrictions and obstacles to the acceptance of traditional herbal medicines. In the US, prior to the development of the American Medical Association (AMA) in 1847, there were multiple schools of medical thought. These disciplines included the Eclectics, Physiomedicalists, and Thomsonian practitioners, all of whom specialized in the use of botanical medicines; homeopaths; and allopaths, also known as “mineral doctors”. The allopaths followed the path laid down by Paracelsus, and at the time, used bleeding (scarification) and calomel (mercury chloride) preparations as among their primary therapies. The AMA, a organization founded exclusively by the mineral doctors in their first set of bylaws, adopted specific language that excluded from the professional organization, any “irregular” physicians whose “practice is based on exclusive dogma…”, a clause, which at the time was specifically directed at homeopathic physicians who were at the time successfully competing with AMA physicians (Baker et al. 2009).

At the time, while medical science was evolving quickly, medical education had lagged behind. In the US, the Carnegie Foundation commissioned a lawyer named Abraham Flexner to report on the status of medical education in America. The result of the report published in 1910 was that schools were given specific ratings of A, B, or C according to facilities, laboratories, teaching resources, personnel, etc. Johns Hopkins, a decidedly allopathic oriented school, was considered the model by which all other schools were judged. Flexner was accompanied by the secretary of the AMA’s Council on Medical Education, a decidedly allopathic representative and bias. Recommendations were put forth as to what the standards of education should be, again following allopathic leanings. By 1936, more than $90 million in funding was directed to a select group of schools that met the criteria subsequently endorsed by the AMA. According to Pulitzer Prize winning author Paul Starr (1982) in his The Social Transformation of American Medicine: The Rise of a Sovereign Profession and the Making of a Vast Industry, while the educational funding boards claimed neutrality in their pursuit to “improve medical education”, they “sought to impose a model of medical education more wedded to research than to medical practice.” According to Starr, while the policies that ensued from the Flexner report did not determine which institutions would survive, they did greatly influence which would dominate and what ideals would prevail. This greatly ushered in a change that may be ironically described as decidedly un-Paracelsun, in that research-driven findings, not patient outcomes or physician observation, would dictate medical treatments; the practice of medicine became research-based, not patient-based. This was occurring at the same time as the chemical revolution was resulting in the rise of the pharmaceutical manufacturing industry whose lobbying power led to the integration of their products into the non-nationalized, largely profit driven medical delivery system of the US today. This is somewhat relevant to countries other than the US as most developed nations are wedded to the same pharmaceutical-oriented, research-driven philosophies, though the manner in which those services are paid for differ between nationalized and market-driven systems, as reflected in the European Union and US, respectively.

Economics in the herbal medicines industry today is similarly driving health care policies resulting in either greater or lesser degrees of access or restrictions to herbal medicines. For example, the range of cost in the United Kingdom for getting a traditional herbal medicine approved is between £30,000 and £120,000 (as of 2014). To have the same UK-approved herbal drug approved in other European Union (EU) countries costs an additional £10,000–£15,000 per country registration.

In the EU, the cost of getting a drug approved in 2014 was approximately 100,000 euros (~$137,000 US). To date, 1015botanical drugs have been approved through the EU model, most of which are single ingredient preparations. As most of the drug registrations are duplicative, these represent only a very small proportion of the traditional materia medica.

Another regulatory model that impedes access and affordability to herbal medicines is the Botanical Drug Model established by the Food and Drug Administration in 2004 in the US, a country that does not recognize traditional herbal medicines as a distinct category, and has a modern drug approval process that results in a cost of approximately $750 million (2008 estimates) and several years to bring a drug to market. If no commercial entity has an interest in a particular herbal ingredient then the cost required to meet the regulatory requirements for drug approval will not be pursued and non-approved herbal drugs will either be completely restricted or at least not supported within the regulatory framework. Few companies would consider astragalus, hawthorn berry, or the 1000-year-old Ayurvedic compound triphala, candidates for this level of investment for items that have been in the public domain for centuries. More poignantly, in the US, there is no regulatory model for the approval of traditional herbal medicines and the use of herbs as “medicines” is technically illegal despite legal recognition of some traditional healing practitioners (e.g., traditional Chinese and naturopathic medicine), as primary care providers. Similarly, traditional herbal medicines are not reimbursed under any American insurance program. Thus, with regards to either traditional or conventional medicine, in a non-nationalized health care system, economics, more than medical or health needs, drives medical research, practice and regulation.

Integration of herbal medicines is greatly limited even in nations with nationalized health care systems where profit perhaps is not as great of a motivating factor as it is in the US. This is perhaps best evidenced by the fact that since the enactment of the EU traditional medicines Directive (2001/83/EC)in 2004, not a single traditional Ayurvedic or Chinese herbal formula has been approved throughout the EU and only a single Chinese herb, Dioscorea nipponica,has been approved in Holland. This is highly significant to the practice of traditional herbal medicine as, in the EU, the presence of non-registered herbal medicines on the market is technically illegal despite the fact that they have been in the public domain for literally hundreds or thousands of years. Similarly, in the US, only two botanical drugs have been approved through the botanical drug approval process since the regulations were promulgated; Veregen, a patented ointment prepared from green tea (Camellia sinensis) used for the treatment of genital warts; and dragon’s blood (derived from Croton lechleri) as an anti-diarrheal drug for HIV/AIDS patients. These two latter botanical drugs represent novel innovations not traditional uses. The cost associated with their approval has not been reported. Interestingly, there are no other approved pharmacological agents for these specific indications. It is highly unlikely that approval of a botanical substance through the botanical drug approval process for an indication, for which an already approved pharmaceutical exists, will ever be granted.

Another factor in these discussions that is of particular interest to the US market is the fact that most nations, with the exception of the US, have a long history of socialized health care. Today, reimbursement or coverage of herbal medicines is an integral part of the health care delivery system of many developed countries (e.g., China, France, Germany, Japan, Netherlands, Republic of Korea)to greater or lesser degrees (see Zhang 1998; Zhang 2001) and is key to keeping herbal medicines affordable. Yet, in most Western countries, the herbs and formulas that make up the bulk of the traditional materia medica are not recognized, approved, and in some cases, as in the US, not allowed as medicines.

Today’s quest for modern medicines and the desire to fit traditional herbal medicines into a modern pharmaceutical drug regulatory model is more about the creation of a new highly profitable blockbuster drug than relief of suffering of humankind, a model that affects health care policies worldwide.

Read Part 4: The most advanced medicine system in the world and
the worst statistics to show for it: America > Ephedra: ma huang or ephedrine? – A lesson for herbal practitioners 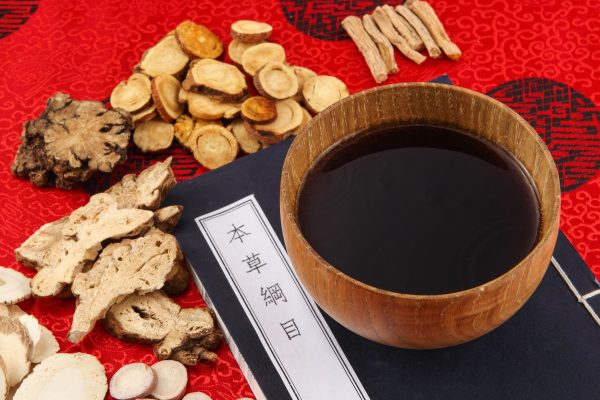