Aloe vera juice can be used for a wide range of digestive upsets.

The soothing, cooling, moistening and healing juice or gel is extracted from inside the leaf of the aloe vera plant. The juice is used for internal consumption, and as a gel for external application. Both have a high polysaccharide content that heals mucous membranes and calms inflammation and irritation. The juice also steadies sugar and fat levels in the blood after eating.

The aloe vera juice that is available for consumption should have hardly any of the bitter tasting yellowish aloin constituents and should taste quite watery with a slimy quality, with subtle bitter and acrid qualities and a sweetish aftertaste.

All around the world the actions of traditional medicines were understood by their immediate sensory impacts. Click on each of aloe vera’s key qualities below to learn more:

The bitterness should be minimal in good quality aloe vera juice but is still enough for some of the properties above to be a feature.

Aloe vera juice can be used for a wide range of digestive upsets. It has a direct physical benefit for irritation and inflammations on the gut wall. It can be a simple, immediate and safe alternative to antacids and proton-pump inhibitors like omeprazole in any case of heartburn, hiatus hernia, reflux oesophagitis and other forms of acid dyspepsia or hyperacidity.

Although its direct effects on the gut wall reduce as the aloe is digested and diluted down the tract there are constituents that bring further benefits to lower intestinal problems. Aloe vera will stabilise bowel movements and may be considered as safe option to manage a wide range upsets in this area.

Aloe juice can be considered a safe complement to a diet of reduced carbohydrate and fat if you are working on reducing your weight or have been told you are likely to be getting diabetes.

The gel and juice is often used by women as a tonic. Its cooling and unctuous properties make it a natural resource for menopausal hot flushes.

Aloe gel is used to soothe skin problems like dermatitis (eczema), lichen planus, psoriasis, leg ulcers and other wounds, burns and for mouth ulcers. It is one of the most common ingredients in many cosmetic products.

Into the heart of aloe vera

Aloe vera contains carbohydrates (polysaccharides) which provide the unctuous sensation of the gel and juice, and with other ingredients can also regenerate tissues into which it comes in contact.

The juice includes an obvious bitter principle that stimulates bile flow from the liver. Although good aloe juice and gel is cleared of the stimulating laxative principles found in the rind and root of aloe plants, this bile-promoting activity accounts of a bowel regulating property of the gel, with a gentle laxative effect in some cases of constipation. These properties, as well as the polysaccharide component also helps to regulate blood sugar and lipid levels.

Aloe has a long history as a medicine and skin care aid. The root of Cape and Barbados aloes were a standard stimulating laxative to compare with senna and cascara, and for over 6,000 years aloe has been used for a wide range of ailments. The ancient Egyptians used both aloe gel and whole plant extracts to heal battle wounds and cure infections. The early Greeks used it for relieving blisters, burns and leg ulcers as well as bowel and stomach disorders. Legend has it that Aristotle persuaded Alexander the Great to conquer the Isle of Socroto to secure enough aloe vera to heal his soldiers’ wounds. The Roman physician Dioscorides mentioned aloe in his materia medica of 50-70 A.D.

In England aloe was already used in the 10th century.

Skin: The gel contains polysaccharides that nourish the skin and it is specifically indicated in hot, dry and irritates skin conditions such as psoriasis, skin ulcers, eczema, seborrheic dermatitis, mouth ulcers and is one of the best herbs for healing burns, scars, wounds from urticarial and acne and stretch marks. The whole aloe plant has also been used topically and the aloin anthraquinones are said to add local healing and anti-inflammatory activity.

Digestion: Dry and powdered extract of the leaf is strongly laxative, and some aloe gel and juice preparations may include traces of these constituents. More important is its bitter principle: this works via the liver to encourage the release of bile which itself can have a laxative action. The combination of bitter principle and polysaccharide gel probably accounts for the confirmed benefits in regulating blood sugar and in reducing blood lipid and LDL levels, making aloe gel a useful component of the diet in prediabetics, metabolic syndrome (insulin resistance) and other conditions associated with being overweight. As it is a cooling and demulcent herb that directly clears heat and heals mucous membranes it is a specific for hyperacidity, peptic ulcers, ulcerative colitis and bleeding from the intestines. It has an ability to regulate bacteria levels in the intestines which indicates it in Candida and as a remedy generally for improving gastric and intestinal function.

Women’s health: The gel and juice is a wonderful tonic for the female reproductive system. Its cooling and unctuous properties make it very effective for treating the hot and dry symptoms of the menopause.

If you can find an aloe plant, a slice off one of its leaves provides instant gel that makes an excellent first aid skin salve for sunburn or minor abrasions.

Good quality aloe juice is safe to take. However it is possible that lower quality products may still contain some of the laxative principles found in the rind and root of aloes. These products may be less safe, especially in pregnancy. Occasional hypersensitivity reactions have been reported.

In a double-blind, randomized, placebo-controlled trial of the efficacy and safety of aloe vera gel for the treatment of mildly to moderately active ulcerative colitis, 30 out of 44 subjects who were allocated 100 ml of aloe gel twice a day for 4 weeks had clinical benefits more often than placebo; aloe also reduced histological disease activity.

There is promising evidence that aloe vera can alleviate pain and improve the symptoms of oral lichen planus. In a randomized, double-blind, clinical trial 40 patients with erosive or atrophic variants of oral lichen planus in the mouth were randomly divided into two equal groups. When clinical signs and symptoms were observed after 8 weeks of therapy, it was determined that aloe vera gel was more effective than triamcinolone acetonide in the treatment of oral lichen planus. The two treatments were comparable in another study, and aloe was more effective than placebo in another randomised clinical trial of the same condition. Another RCT demonstrated benefits over placebo for lichen planus in the vaginal area.

Use the gel externally as needed 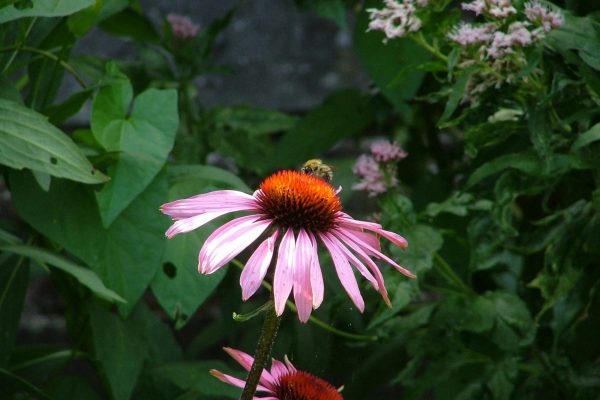 The Story of Life: People, Plants and Planet 5 herbs instead of antacids