Maintaining a balanced body weight and appearance is a constant pressure in the modern world. Here we will discuss how you can achieve this and what the real causes of weight gain are.

What is a healthy weight?

A healthy weight is a balanced proportion of body weight to body height. There is no one ideal weight as we are all uniquely different but a general guide has been devised and is described via the Body Mass Index (BMI). A healthy weight is 20-25, overweight is 25+, obesity is defined as a BMI of 30 or more and gross obesity as 40+. Your BMI can be worked out by taking your weight in kilograms and divide it by your height in metres and then divide the result by your height in metres again.

With obesity being described as a global epidemic by the World Health Organisation (WHO) a balanced perspective to eating, exercise and life-style is evidently required. In the UK 68% of adults are overweight with 22% of these being obese and 20% of children are overweight. Unhealthy weight levels are a real problem. However, there is also a cultural gender bias with regards to attitudes towards weight loss; 37% of men are overweight whilst only 22% of women but twice as many women diet as men!

The simple fact is that taking in more energy than you use creates an excess that accumulates as fat. There is also a genetic factor that can increase your tendency for a large appetite and also affect metabolism, but the quantity and types of foods consumed in relation to exercise has the greatest effect on your weight. Of course behind these external factors of food consumption and exercise are the internal emotional reasons why we ‘over’ eat and ‘under’ exercise. Resolving these patterns are at the heart of achieving a healthy weight.

Obesity sets up vicious malevolent circles that degrade health. For example, obesity increases insulin resistance which prevents the metabolism of sugars which are stored as fats and increase obesity. The upward spiral of weight gain becomes a downward spiral of health quality.

The proliferation of diets (Atkins, Zone, F Plan, South Beach, Mayo clinic, Mediterranean, Low carb etc.) clearly shows the need for our modern society to regulate its weight. It also displays the high level of confusion associated with the issue of body weight. The bottom line is that there is no right diet for everybody but Ayurveda offers some very personal and insightful advice.

Fats & Carbs: If carbohydrate or fat consumption exceeds your needs then the glucose-like molecules are stored as glycogen reserves for potentially needed energy release in the muscles and liver. If the glycogen bank is full then the overflow gets laid down as fat molecules in the fat cells. As you reduce your dietary intake and/or increase metabolic needs, fat gets converted back to glycogen. As glycogen gets broken down water is also lost in a ratio of 1 part glycogen to 9 parts water. This is why fasting can bring about rapid weight loss but as food is resumed then glycogen levels go back up and an increase in water retention returns.

Calories: Counting calories is one method of monitoring how much ‘energy’ you are putting into yourself. Men require approximately 2,500 calories/day and women 2,000. One pound of fat is created from 4,000 calories. Whilst calorie counting may be useful for raising awareness of the nutritional components of the food you eat it does not consider the individual metabolic rate which is at the crux of all healthy weight diet and life-style regimes.

Glycaemic Index (GI): The Glycaemic Index describes how the body’s sugar levels respond to certain foods. It has become an important indicator of how certain foods will affect weight loss and diabetic control. Foods with a low GI release sugar into the bloodstream slowly whilst those with a high GI can cause a rapid increase. Glucose and refined sugars have the highest GI and whole grains and lentils the lowest.

Insulin resistance: Insulin is the hormone that allows for the absorption of various nutrients including glucose and amino acids and keeps the blood sugar within ‘normal’ limits. Whilst insulin production is stimulated by eating carbohydrates it can also reduce the metabolism of fats and proteins thus leading to greater storage of fats. It is estimated that 8 out of 10 overweight people have a blood sugar imbalance including possible insulin resistance.

Evidence points to an inherited abnormal form of insulin that is inefficient at regulating blood sugar levels. There also appears to be a problem with the insulin receptor not allowing insulin to facilitate the entrance of glucose into the cell.

Insulin resistance is affected by:

Insulin resistance leads to ‘hyperinsulinemia’. It is another vicious cycle. As a tissue becomes increasingly insulin resistant, the uptake of blood glucose becomes more inefficient. As a result, blood glucose levels begin to rise and continue to be raised over ever increasing periods of time. The pancreas, in its efforts to effectively store the glucose, responds by secreting progressively higher levels of insulin. When this pattern occurs insulin levels are higher for longer such that the total hours of insulin exposure in the body may be increased to 50-100% beyond that of normal.

Involving the complications of:

Ayurvedic perspective and treatment of obesity

Described by the Caraka Samhita[i] as one of the “eight despicable diseases” as it is hard to treat and because patient willpower is essential for any management plan to be effective.

Obesity is characteristically a disease of low digestive fire and an excess of kapha. The qualities of kapha become predominant in the person’s diet and life-style; cold, damp, heavy, slow, oily, static, sticky, cloudy.

Foods such as dairy, wheat, sugars, cold drinks, ice, refrigerated foods have these qualities. They also weaken the digestive fire. Activities such as sleeping in the day time, sleeping straight after a meal, regular snacking, lack of exercise, living in a damp climate all promote these qualities and increase kapha.

The digestive fire in the fat tissue is sluggish and this leads to an accumulation of fat throughout the adipose system; central abdomen, hips, thighs. Fatty tissue accumulates around the abdomen and blocks the natural flow of digestive energy downwards. This obstructs vata dosha (the bodily humour responsible for all movement in the body).  This causes vata to reverse backwards and to accumulate in the stomach which – because vata’s predominant element is air – fans the digestive fire leading to a hyperactive digestive system.  Any food ingested thereafter “cooks” too quickly causing rapid stomach emptying with a resultant excessive hunger and the patient to continually over-eat. However the food is not utilised and the result of this over-eating builds up in the fat tissue.

Eventually all three dosas become imbalanced and improper nourishment of the tissues leads to a chronic depletion of the body’s natural immunity leading to multiple complications and premature death.

So fat metabolism is weak, the channels are obstructed, digestive fire is low but the appetite is large.

Please note that pharmaceutical medication should only be altered with the advice of a registered medical doctor.

A note on ghee: Clarified butter is praised in Ayurveda for its ability to nourish all the tissues. It has been shown that as part of a whole-grain vegetarian diet (using up to 2 tsp per day) it can actually increase the HDL cholesterol (the positive aspect) and reduce the LDL cholesterol (the negative aspect). However if the person has high cholesterol ghee (and other saturated fats) should be avoided. However, as we have seen above, low fat diets can increase the GI and lead to weight increase as well, so some high quality fats should be included in the daily diet.

For weight loss these herbs help to increase metabolism, clear excess fluids, reduce fat, regulate digestion and aid the body in its natural elimination of excess wastes. They can also be used to reduce cholesterol and prevent clogging of the arteries.

These herbs act as a combination of purgative and bulk laxatives to help eliminate accumulated waste and toxic congestion.

Trikatu can be used as part of a weight loss regime to increase metabolism, digest fats and balance appetite. It is traditionally taken with honey. It will correct digestive sluggishness.

To determine the effects of calories and sweetness perception on intake, fasted normal weight subjects drank a preload sweetened with sucrose (1.1 g/kg) or L-asparthyl-L-phenylalanyl-methyl ester (Aspartame, 0.011 g/kg), or with no added sweetener. Sweetness perception of the load was reduced in half of the subjects by oral application of Gymnema sylvestre extracts. One hour after the preload, a meal of snack foods was presented and amounts of nutrients eaten were calculated. Subjects whose perception of sweetness had been decreased for the preload ate less total and sweet calories than did those with normal perception. Calories did not affect intake. The effect of calories and perception of the load was also assessed on variables presumed to correlate with satiety. Sucrose pleasantness ratings were not related to calories, perception or intake. Subjects’ estimates of the amount of milkshake that they would drink if given the opportunity to do so and hunger ratings were related to overall intake and carbohydrate intake, respectively. The findings indicate that hedonistic aspects of taste are of greater importance than calories in determining short term intake.

The resin of the Commiphora mukul tree has been used in Ayurvedic medicine for more than 2000 years to treat a variety of ailments. Studies in both animal models and humans have shown that this resin, termed gum guggul, can decrease elevated lipid levels. The stereoisomers E- and Z-guggulsterone have been identified as the active agents in this resin. Recent studies have shown that these compounds are antagonist ligands for the bile acid receptor farnesoid X receptor (FXR), which is an important regulator of cholesterol homeostasis. It is likely that this effect accounts for the hypolipidemic activity of these phytosteroids.

[i] The definitive Ayurvedic text written circa 2000 BC 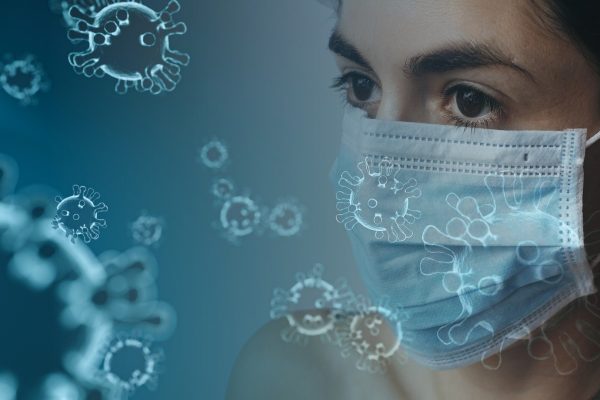